Mies (2016) is a video installation about failure and rejection. Rosanne Jonkhout's great-grandmother Mies Vonk-Kiepe (1891-1984) was a writer. In anticipation of her success she wrote countless books, essays, poems, radio pieces, diaries and letters. Success never came, and discontent evolved into a major depression which in turn caused alienation; this resulted in a painful downward spiral. The installation is a diptych: on the one hand, her voice (voiced by an actress) reads the ideological manuscript Macht van de Gedachte (1947) (Power of Thought), where she describes how happiness can be harvested by steering the thoughts. On the other hand, there is a reading from her diaries, which exposes her deep despair and sorrow. These two versions of Mies debate each other. At the same time, the viewer is reminded of the world outside her home, of which she herself was no longer a part, was imperceptive to; lost in grief.

What does it mean to be forgotten, is it the same as to have never existed? Through countless preserved diaries, poems, letters, essays and manuscripts, Mies is an equation for a broken heart that stopped beating over 30 years ago. 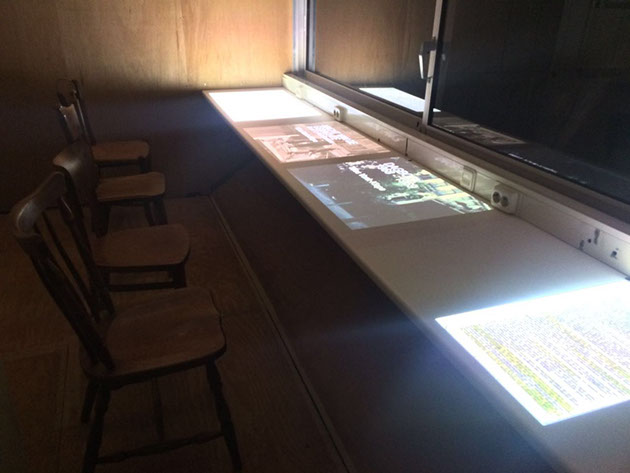 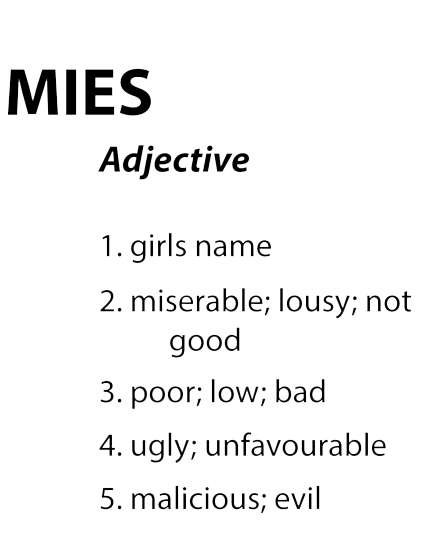