The Act of Listening

This performance by 'Rosanne & Nagaré' artist’s collective researching the extent to which identity and power relations are linked to coloniality and notions of race. Both artists research and experiment with how these themes might be reconstructed. Audience members received a stamp on the arm with a question upon entrance. The various stamped questions were compared to each other by audience members and became conversation starters. Rosanne and Nagaré 'captured' participants in chalk circles and asked to answer the question on their arm. The chalk circles function to 'capture' the participant while simultaneously form a protective bubble in which one could speak openly and without judgment. It is the aim of the performance to move beyond the threshold of emotions such as anxiety and anger, but rather focus on the system and moral responsibility of individuals. The artists invoke vulnerability through touch and dialogue. Questions are made to shift the Dutch cultural archive and open new perspectives. Daring to be vulnerable is an act of decolonisation.

‘And, so, whites should develop a sense of thankfulness,

not fear, when they are ambushed.’ 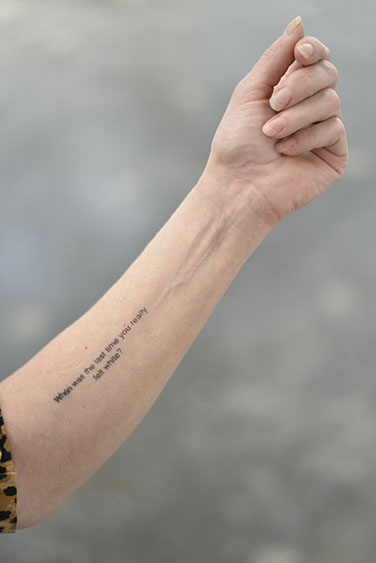 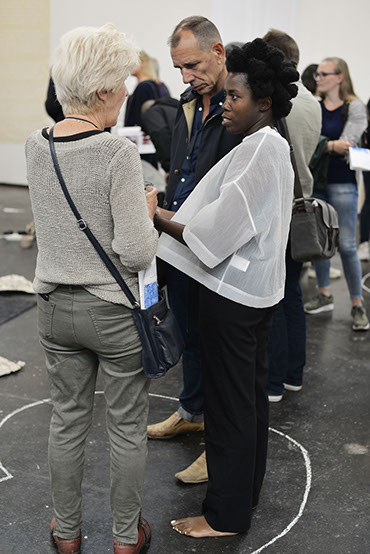 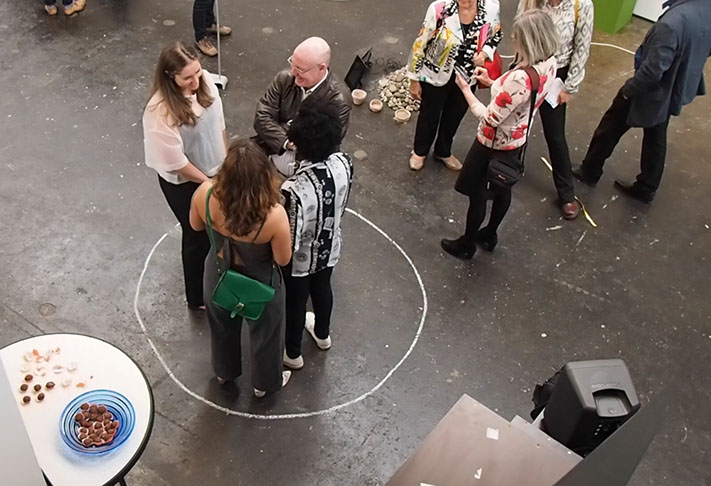